But first,  a Mammoth Cave elephant watch update. Still no mammoths, but now there are sharks in the cave, which are almost the same thing. Beware! The ‘experts’ say that they didn’t find any live ones; they only found 330 million year old fossils of sharks. However, follow my logic here: Fossils are bones, and ‘bones’ are what is left over when the meat of an animal is gone. Why would the meat be gone? maybe it was eaten. What eats meat? Sharks! So there! Definitive proof that sharks are still swimming in the cave. Is that the real reason they shut down the boat tours?

I really don’t have much to add in writing to my last post about great Onyx cave; I think I covered most of the facts there. Unlike last post, these photos are mostly taken entirely in the visible range. I did attempt some 3D full speactrum pictures, but an Issue I mentioned in the last post was a bigger problem in 3D.

The only lights were handheld. As people moved, the lighting on the rocks changed constantly. I only have one full spectrum camera, so the lighting changed between the left and the right photos. The result looked like this:

Using a flash wasn’t an option either(Nobody directly said that flash photography was forbidden, but I wouldn’t be rude and use an extremely bright light in a dark area with other people. Especially if the other people are the only ones who know the way out of the cave). Most of these photos were me keeping as still as possible, and taking a photo with a higher ISO setting.

The 3D effect is good enough to see the larger features in the cave pop out.

Of course, the biggest issue is lighting again. The only lighting is carried in, and the tour group is kept close together, so it is difficult to see more distant areas of the cave. 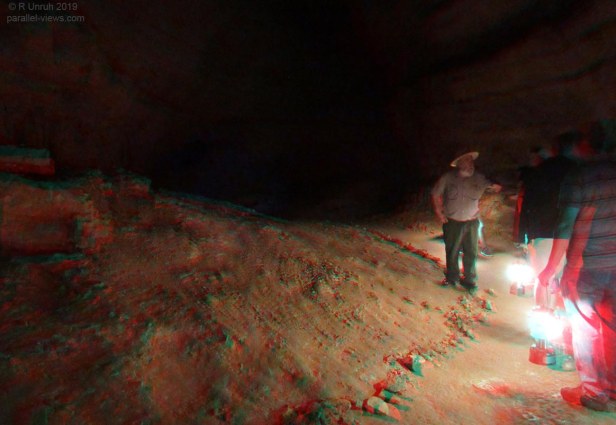 However, the lighting looks weird enough in 3d it is almost just getting a photo of all the lights glimmering in the darkness. In fact, forget ‘almost’, lets see exactly that: 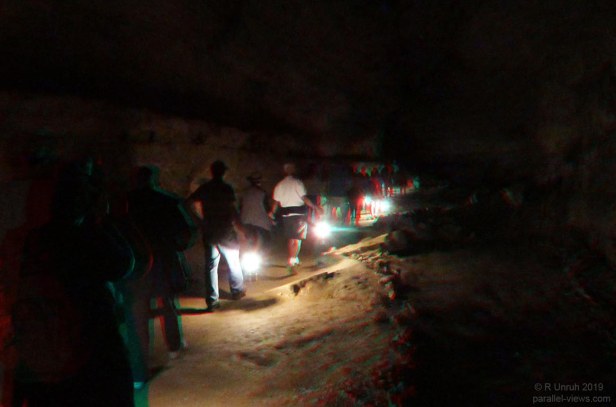 The lanterns overexpose the photo, so they look pure white. In 3d, it looks as if the tourists are holding a fuzzy white ball, rather than a lantern.  On occasion, the lanterns were enough to light the entire room, but not often.

The most interesting use of 3D, however, might not be the  large cave formations or the lanterns, but the small crystal formations throughout the cave. In 3D, details of the formations become apparent; many of the formations are so thin that a 2D photo does not accurately represent them.

This is especially true in the case of the crystal ‘flowers’ seen an a few places in the cave: 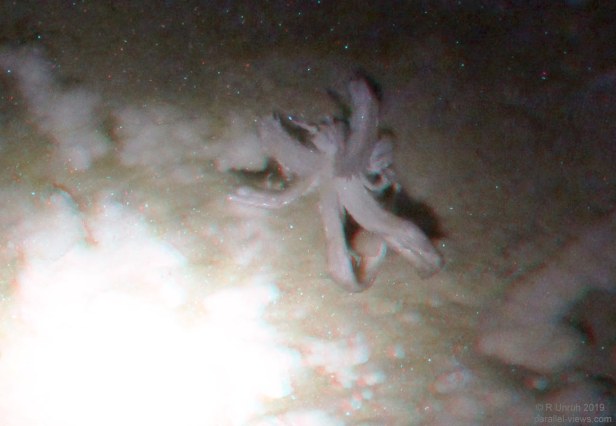 The bright spot on the bottom was light reflecting off the other crystals on the wall, but the petals of the crystal flower can clearly be seen folding backwards.

And that’s about all from Great Onyx cave. No need to scroll down any further: POST ENDS HERE.

The above photos were taken with dual Canon Sx600 IS cameras

For those of you who followed the elaborate clues hidden in my past two years of blogging, and discovered this well hidden post(not for those of you who ignored my advice scrolled down a few lines and found it), I have a special treat for you(‘special’ in the sense of ‘it wasn’t worth making a blog post for it exclusively’). For the first time in… possibly ever, as I couldn’t find another photo of it online… here is Great Onyx cave in the thermal infrared range! 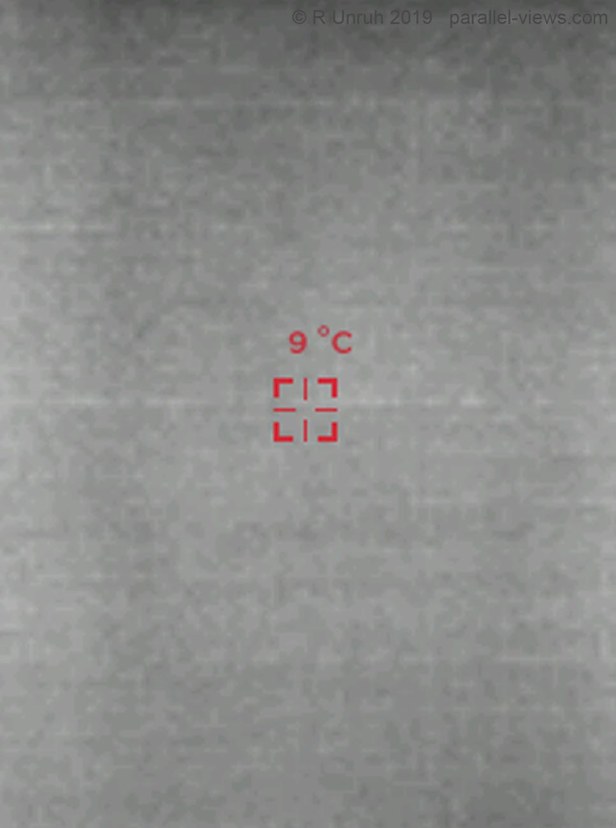 Behold the cave in it’s thermal… no, wait. That’s my photo of the heat signature of Lehman Caves, in Nevada. Here’s the real photo of Great Onyx Cave:

Behold the cave in it’s thermal glory! Revel in these strange formations; the unearthly details.  Sorry about before; I don’t know how I could have gotten the two photos confused. Behold my photographic skills.

So, yeah. On every tour into a deep cave I’ve been on, the guides stressed one thing; don’t touch the walls. That isn’t really relevant here, but they also mentioned something else that is relevant.  The temperatures inside these caves are very stable, changing very little through the day, or even the through seasons. Y’know what? They weren’t lying.

There are no major heat sources inside Great Onyx cave. All the rocks are the same temperature, or close enough that my Seek Reveal camera can’t pick up any variations. This is the main reason lighting in so many caves have switched away from incandescent lights- life in the cave has adapted to live in a very stable temperature, and the lights heat the cave in unnatural ways. Great Onyx cave doesn’t have any installed lighting, so is normally comletely dark. The Mammoth cave temperature reading(14 ° C) is a little warmer than the cave is on average, but…

1: Great Onyx cave isn’t connected to Mammoth Cave, so it might be a little warmer than the main cave complex

2: As a smaller cave, the temperature may vary more, especially as we were less than a kilometre from the entrance(although the entrance was sealed, so that would reduce temperature variation)

3: When I took this picture, the tour group had been standing in the area for a few minutes. Our body heat and lantern heat likely warmed the walls.

When I said there was no installed lighting, I should have mentioned that the lights we took into the cave were gas-burning lanterns, with a strong emission in the infrared range(Well, I did mention it, in the last post. I can’t be bothered to mention it again). It meant that my full spectrum photos were much quicker than my visible spectrum ones, as I mentioned, but I didn’t really get into how it affected the deeper infrared range.

Between the lanterns and body heat, the people were the only thing to show up clearly in the thermal infrared photos. Due to the camera’s low resolution, the lanterns weren’t usually visible from farther away, but they

Probably if I’d taken a picture of the ground after the group walked by, it would have been warmer, but the rocks are all similar for heat absorption, and we weren’t there long enough to show any variation in the walls.

So, unless I find a cave with hot springs or lava, this is about the best I can get with a thermal camera. Interesting photos of people, but not the features.

And I I do find a cave with lava, you’ll be the first to know. Possibly through the news and not this blog, as I’m sure my proposed series ‘101 Fun Things to do with Lava’ will end before I write the first entry.