Out of these four, the Fort Chipewyan Winter Road, which connects the town of Fort Smith in the Northwest Territories(NWT) to Fort McMurray, Alberta, is an ice road only open for a few months in winter. Unless you want to experience Canada’s north during the coldest time of year, it’s not the best tourist route. The all-year northern portion of the road(starting in Fort Smith, NWT), called the Pine Lake Road, is the only route into Alberta’s portion of Wood Buffalo National Park, and is regularly used in summer. I haven’t taken the winter route, but have driven the Pine Lake Road in summer. Until Pine Lake (which has the only frontcountry campsites in Wood Buffalo Park) the road is well maintained, but past that, the further south you drive, the worse the road. 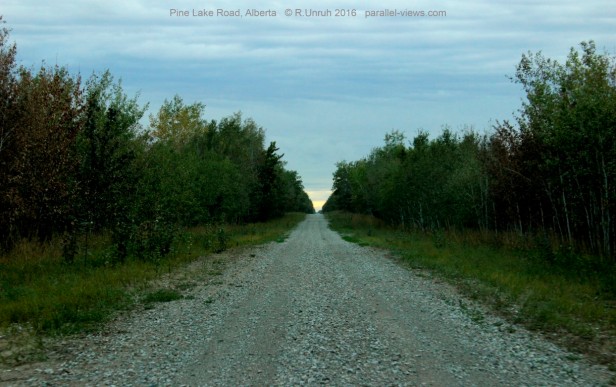 The second road is the Dempster Highay. The Dempster Highway connects the Yukon to the Northwest Territories above the Arctic Circle, and is an amazing drive through the tundra.

It is a world famous road, and I’ll post some pictures of it in the future. However, there is no connecting road between the Dempster Highway’s towns in the ‘northern’ Northwest Territories(including  the towns of Fort McPhereson, Inuvik, and by next year Tuktoyaktuk and the Arctic Ocean itself), and the more densely populated ‘southern’ Northwest Territories(Hay River, Fort Smith, Fort Simpson, and the capital city of Yellowknife).

Of the two remaining roads, the Liard Highway(NWT highway 7, or BC highway 77) is the NWT’s only connection to British Columbia. It is an all season road, but not what you’d expect for a road called a highway. The road is largely unpaved, and very muddy and rough. There are few settlements along the road, so make sure your vehicle is running well, and that it has a full tank of gas. In good weather, the road is easy to drive…

but during a storm, not so much. 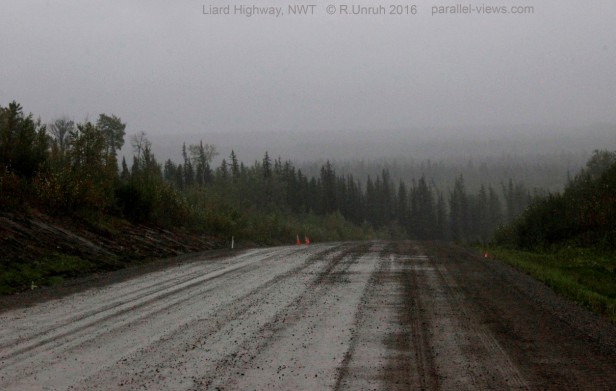 This leaves the Waterfalls Route, which connects Alberta to the NWT year round. It is a well maintained, paved road. It consists of the section of the Mackenzie Highway, NWT’s Highway 1, spanning the Alberta Border to the junction of the Liard Highway.

As for why it is called the Waterfall Route…

The first waterfall, Alexandra Falls, is about 70 km north of the Alberta Border. A photo of it is at the top of this post, and I’m going to focus on it in my next post. Following the Hay River downstream from Alexandra Falls, a short hike(or an even shorter drive) takes you to the strangely shaped Louise Falls…

40 km further down the road is the next waterfall, McNallie Creek Falls.

An interpretive sign at the falls gives the origin of the name:

Another 50 km, and another waterfall, Lady Evelyn Falls. This waterfall lies on the Kakisa River.

Coral falls is named for the fossilized coral in the area, remnants of an ancient inland sea. I took a photo of this piece of coral, before placing it back where I found it in the river.

The Waterfall Route ends at the junction with the Liard Highway. From there, a traveller can continue following the Mackenzie highway north to the town of Wrigley, or travel southwest to British Columbia.

If you’re planning a trip to the NWT, be sure to pick up the free road and campground guide. It was my ‘bible’ during my time up there,  and was indispensable when planning my trip. An online version can be found here. As well, all the tourist information centers in the NWT carry them.

I hope this information is useful. Next post, I’ll be getting back to the main purpose of this blog, so expect some multi-spectral photos of Alexandra Falls in the next couple days.

One thought on “Into the NWT- The Waterfalls Route”