Dawson City, in the Yukon south of the Arctic Circle, is an amazing place. The heart of the city is composed of buildings from the turn-of-the-century gold rush; it has the feel of a museum, but is still an active town(and I do mean town, not city; the population is about 1500, although I’m sure it is much longer in the summer)… And now that I mentioned the city, I’m going to ignore it and go south. Not far, though.

Bonanza Creek runs north, merging into the Klondike River at Dawson City. A road runs along the creek, and there are many mines still looking for gold along the road. It is also along this creek that Dredge No. 4 National Historical Site can be found.

The Dredge used to sit in a pond. It would dig gravel from the front of the dredge, process it to remove the gold, than deposit the waste gravel behind it. with the assistance of winches anchored to the land, the act of digging in front of it allowed the the dredge to move forward. It also moved the pond it was sitting in, and allowed the dredge to keep floating.

The dredge is the last of a number of dredges used around Dawson City; it was used between 1913 and 1959. It sank in 1959, and was decommissioned. It was never torn apart for salvage, being partially buried in the silt and permafrost. It is now partially restored and open in the summer to tourists. So, in essence, you can visit an eight story high ‘ghost ship’, abandoned up in the mountains beside a small creek.

This two dimensional picture( the 3D effect didn’t improve the photo at this distance) shows the dredge in it’s entirety.

The front of the dredge, with the digging machinery is to the right. The gravel is processed to remove the gold, then deposited back on the ground through a conveyor belt inside the arm on the left.

One more 2D photo, then on to the third dimension. 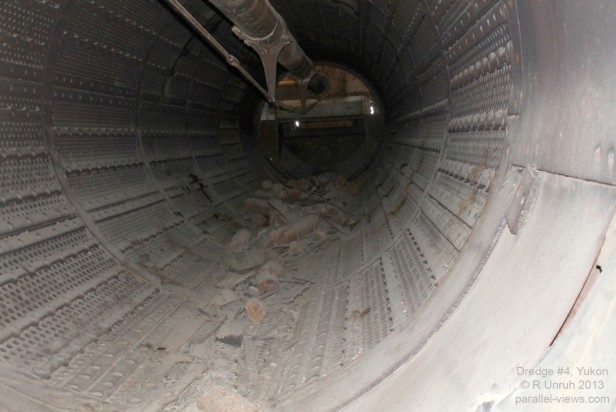 This is the barrel used to extract the gold from the gravel. It would rotate when being operated; the heavier gold would settle to the bottom of the debris, and be caught in the holes in the side of the barrel. It would be extracted further after this stage, but this was the main ‘rough method’. 3D photos did not turn out here- the barrel was too dark for my cameras at the time.

And now on to 3D(except for the satellite map at the end). 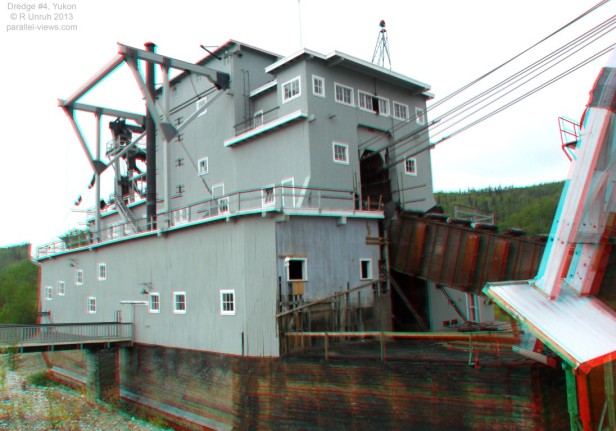 This is a 3D photo, taken from the front of the dredge.

Inside, the rusted machinery can be seen in every room- this was a working vessel, with few amenities for the crew. 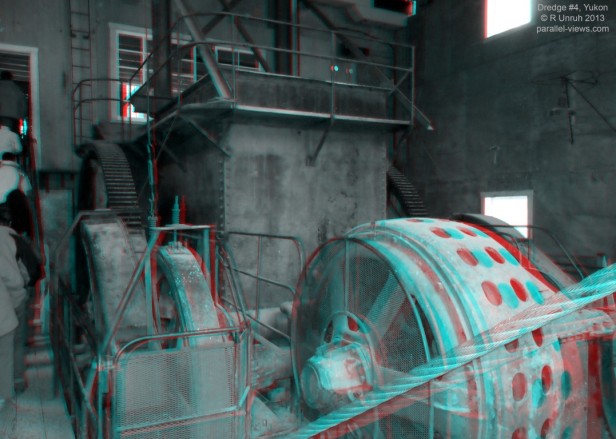 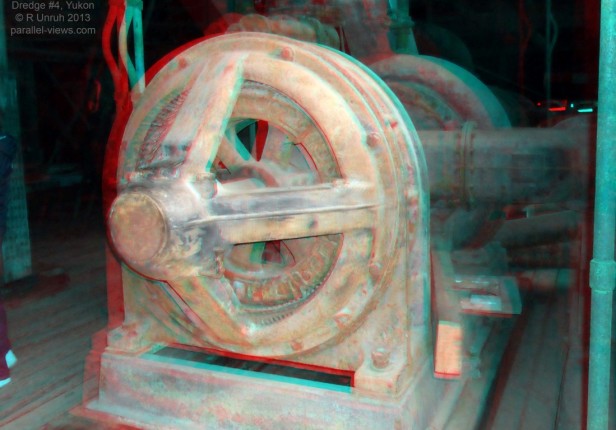 Finally, the conveyor belt used to remove the waste gravel. It has definitely seen better days. 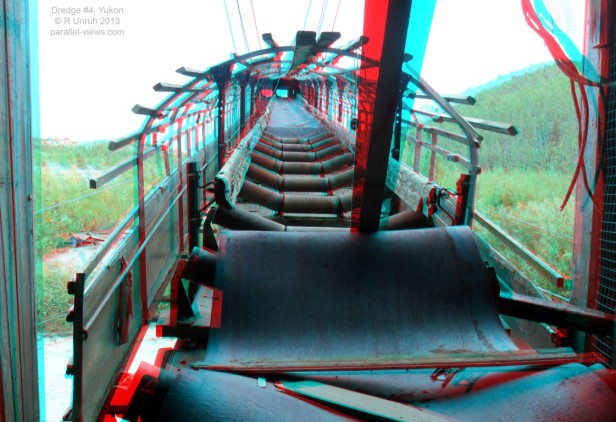 If you look at an aerial view of Dawson City, east of the town center, you can see strange tracks along the Klondike River. They were the gravel deposits left from the dredges, and, along with Dredge #4, are the last traces of over a dozen dredges scouring the landscape half a century ago. 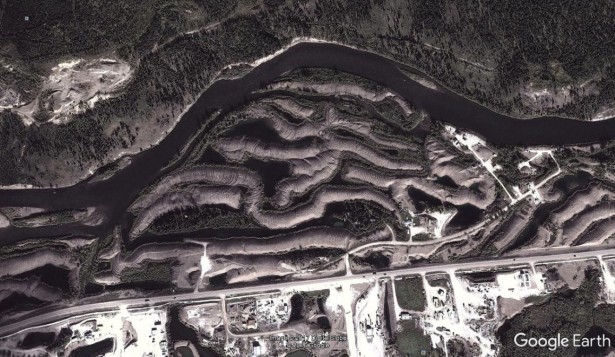