Red/Cyan 3D glasses are needed to view the photos in this post.

When I was in Edinburgh a couple years ago, One of my favourite spots was Calton Hill. It’s a grassy park atop a small hill right next to downtown. The hilltop has a number of beautiful monuments and structures on top, and has a perfect view of the city center in one direction, and the shores of the Firth of Forth in the other. When I continued on to Glasgow, I took a short tour around town, and saw another hill with monuments atop it. Thinking it was a park similar to Calton Hill, I went to see it, and….

And it was a cemetery.

I mean, it was an amazing cemetery; an early interdenominational cemetery opened in 1832, the 37 acre large Glasgow Necropolis has some beautifully designed gravestones and monuments. It was well worth looking around. The paths wind around the hill; different styles of monument stand side by side. The park is well maintained and landscaped. There are over 3500 tombs and mausoleums in the park, and over 50 000 burials. That would be enough for me to inter 2/3 of my city’s population… not that I’m planning anything, of course.

So, in the spirit of Halloween, here are a few photos I took in the necropolis near sunset. 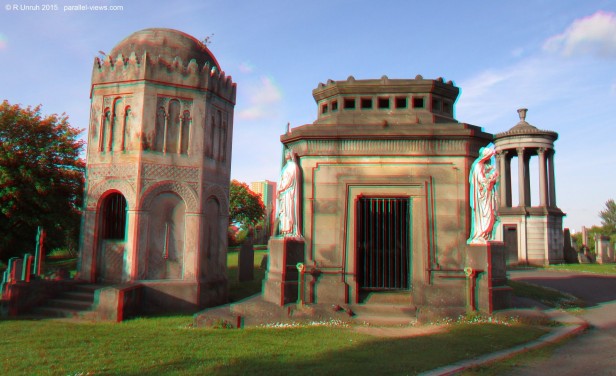 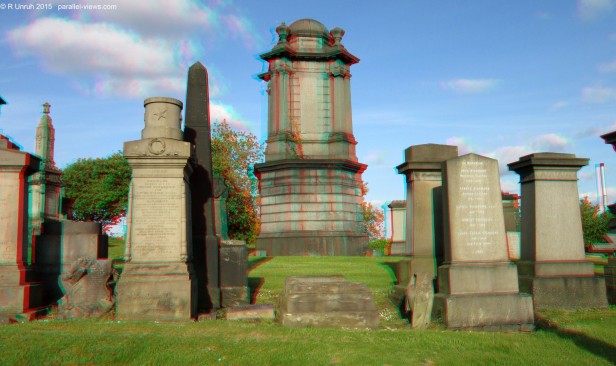 And… now that I’m looking at them, there’s a bit of a problem. They aren’t bad photos(I quite like them), but not really ‘spooky’ enough for Halloween. It would have been different if I had my full spectrum camera; near-infrared photos would have given the Glasgow Necropolis a more ghostly look. The sky would have been dark, and the  ground a pale blue or bone white. Unfortunately, my camera developed a glitch a couple days earlier so that I couldn’t adjust the white balance, and I hadn’t figured out the problem.

Instead, lets go with the tried-and-true method of making things look creep and alien, inverting the colours. A staple of low budget horror and science fiction shows(yes, I’m thinking of Doctor Who specifically), it’s one of the easiest things to do to a photo or video in the digital age; literally every photo editor I’ve ever used has had a single button for converting the picture. Anyone can do it nowadays. In fact, I think it is common enough that the inverted photos don’t have much of an impact anymore- it doesn’t feel as eerie and unusual as it would have seemed 40 years ago. 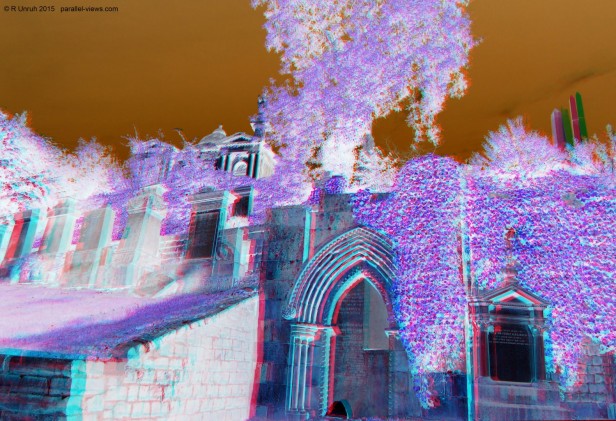 One thought on “3D- Into the Necropolis”