Red/Cyan 3D glasses are needed for viewing the photos in this post.

“Remember, remember,
The Fifth of November,
Gunpowder treason and plot;
For I see no reason
Why Gunpowder Treason
Should ever be forgot.”

Today is November 5th; 412 years ago on this day Guy Fawkes and his fellow conspirators planned to destroy the Palace of Westminster. Of course, they failed, and tourists can see the Palace in its full glory today… or not, because it burned down anyways in 1834.

The ‘New’ Palace of Westminster is one of the most iconic sights in England. Construction started in 1840, and took over two decades to complete. It survived the Blitz during World War 2, despite being bombed on several occasions. The Palace is built in the Neo-gothic style, and is part of a UNESCO World Heritage Site along with the neighboring Westminster Abbey and St Margaret’s Church.

I had a chance to see the palace in 2015. I didn’t have a chance to go inside, but walked around it and took some 3d photos. The palace is so large that my 3D photos didn’t have much of an effect with my camera rig(where the lenses are separated by about 10 cm). 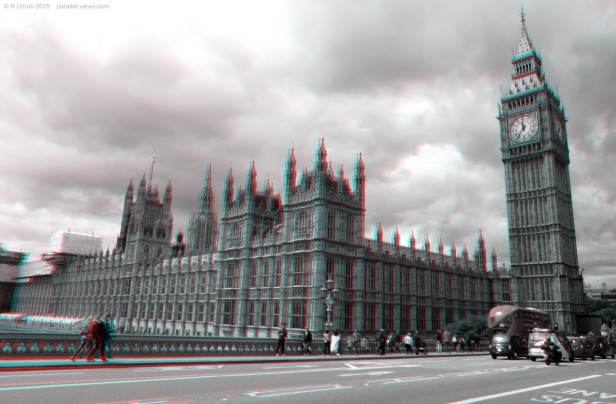 I didn’t have a chance in these photos to separate the cameras to increase the 3D effect(and, with all the objects in the foreground, it might not have tTurned out anyways)

However, I also went on the London Eye, the giant ferris-wheel like attraction across the Thames; there, I did have a chance to take the photos further apart. The 3D effect is much more pronounced, and much better(in my opinion). 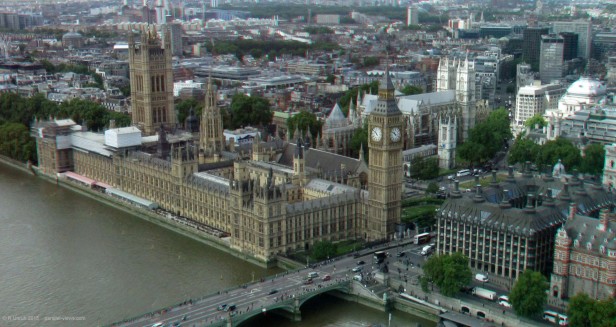 I don’t have many other photos of this UNESCO site, only a few of Westminster Abbey. Mostly, this was because I didn’t see St Margaret’s Church, didn’t go inside the Palace of Westminster, and wasn’t allowed to take photos inside Westminster Abbey. Still, unless another Guy Fawkes comes along, I’m sure get another chance to see it in the future.

One thought on “3D- Palace of Westminster”