Red/Cyan 3D glasses are needed to view the following photos.

55 years ago, on November 23 1963, an educational television program was launched in the UK- a program for children that would look at cultures and periods throughout Earth’s history. Then, five episodes in, they introduced radioactive aliens hiding inside what looked like giant metallic pepper shakers, and the rest is history.

I don’t usually talk about my non-photographic hobbies and interests on my blog here- I try to keep vaguely on topic. However, I am a big fan of Doctor Who- I watched a few episodes of the old series with my father and liked them. It took me a while to get into the new series; by some coincidence, each of the new episodes that I tried to watch were, in retrospect, the worst episodes of the new series. Around the 50th Anniversary of the show, I started to find episodes that I really enjoyed, and my obsession really took off. I’m now at the ‘Big Finish collector’ level of fandom; If you don’t know what that means, congratulations on having a normal life.

So, when I had a couple days in Cardiff back in 2015, what was I to do? Well, visit Cardiff Castle and some historical sites, because I love real history more than televison, even Doctor Who. However, a friend of my mothers lives in Cardiff(well, in Radyr); she offered to show us around, and she did recommend the Doctor Who Experience (which I’ll refer to as the DWE, because the grammar pedant part of me keeps saying I’m misusing the word ‘Experience’).

The Experience consisted of two parts- the first was a kind of walking tour through replicas of some of the best known locations in the series- it was all done ‘in character’, as if the guests were all Gallifreyan time travellers. It was fun and well constructed, but more geared to kids. No photographs were allowed in this part of the attraction. This was during Peter Capaldi’s tenure as the Doctor(Doctor #12… or #13, depending on how you’re counting it)- they apparently changed this part of the DWE  a year previously to feature the new Doctor.

The second part was the more interesting to me- a museum with a collection of Doctor Who props from both the old and new series. Best yet, photos were allowed.

… If you’re not a fan of Doctor Who, maybe stick to the photos from here on out- otherwise, you might think that I’ve forgotten how to write a coherent sentence.

The DWE had replicas of several TARDIS interiors, from ‘original’… 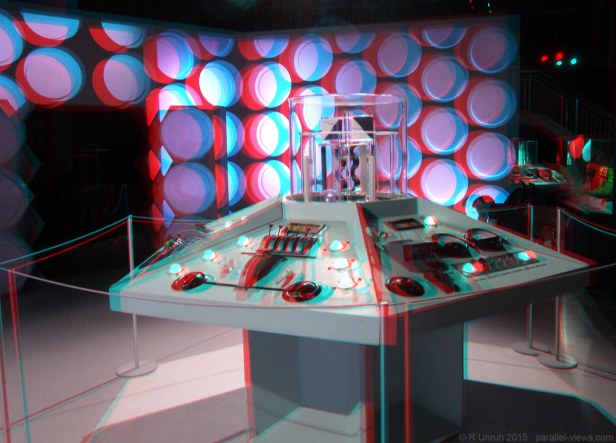 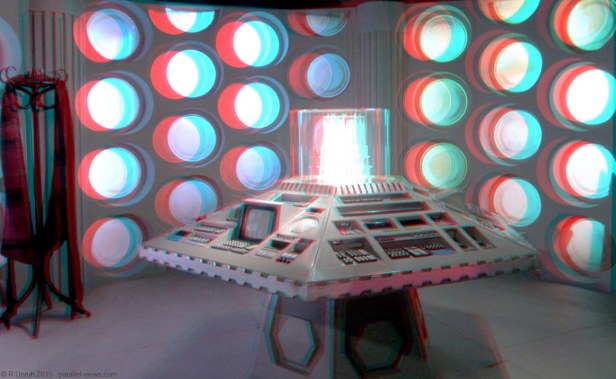 … to  ‘Modern’ … which was exploded a little bit when David Tennant left, so looked a little worse for wear

There were several TARDIS exteriors on display as well. They all look like blue police boxes, so I didn’t bother taking photos of each one.

K-9(Mark 2) is on display beside one of the police boxes.

Of course, it wouldn’t be Doctor Who without enemies… lots and lots of enemies.

If anyone is planning to visit the Doctor Who Experience… bad news. It’s been closed for over a year after the lease ran out, and it doesn’t seem likely that it will reopen any time soon. Unless you have your own TARDIS, you’re out of luck.