Red/Cyan Glasses are needed to view the following photos.

If you’re trying to figure out the collective psyche of Canadians, the very first celebration of Canada Day gives a good place to start.

Canada was founded on July 1st, 1867. There were celebrations at the time, but when the first anniversary of the founding came about, it wasn’t a major event. Most people went about their daily lives.

The boundary of the Dominion of Canada on July 1st, 1868, was the same as when the country was formed a year earlier; it hadn’t yet expanded to the Pacific Ocean. The country didn’t go much farther west than the Great Lakes did. 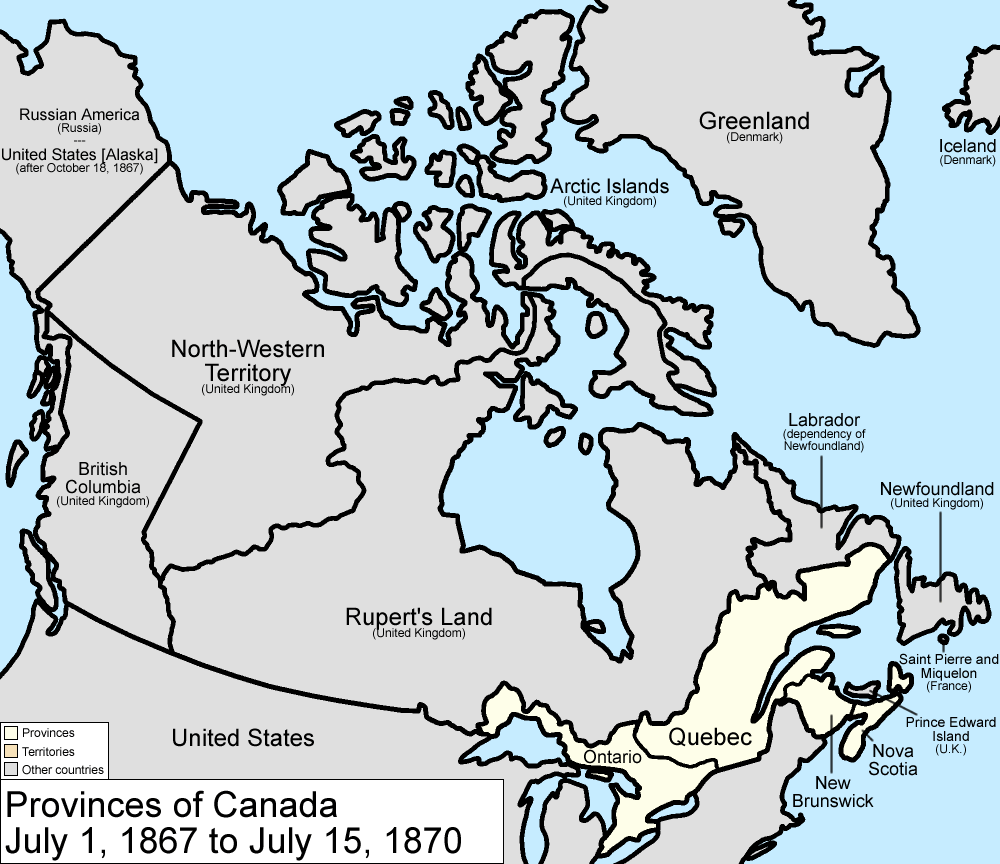 At the time, British Columbia was a British colony, and the town of Barkerville, in central British Columbia, was the site of a major gold rush. People from all walks of life had come to strike it rich. In previous years, the American miners had cerebrated America’s Independence Day on July 4th.  Their celebrations in 1866 and 1867 were loud and boisterous, and caused some friction between the British and American populations.

Despite ignoring the founding of Canada the prior year,  In 1868 Barkerville celebrated Dominion Day.  Likely the holiday was used as an unofficial way of upstaging the American celebrations planned in three days. Barkerville decided to celebrate Dominion Day. At 12:01 AM on July 1st, the celebrations started with a 21 gun salute, except not quite. Instead of guns, some gunpowder was sandwiched between two anvils; when ignited, it blew the top anvil off. The celebrations continued all day, ending with fireworks just before midnight.

The celebrations were the very first celebration of the anniversary of confederation, even given the town’s location far west of Canada. Later that day, other cities would have celebrations as well, both in Canada and in British Columbia.  When it was noted that Canada didn’t even have an official flag(and wouldn’t have one for another century; The Canadian Red Ensign was never officially adopted), Barkerville designed their own Canadian Flag for the 1869 celebrations.

It would be another three years before BC became part of Canada, and another 11 before Dominion day became an official holiday. In 1982, the day was renamed Canada Day. By then, the gold rush was long over. Barkerville had slowly dwindled into a small, sparsely populated, village. In 1958, the town was acquired by the government, and it is now a town sized museum, replicating the gold rush days.

So, the first Canada day celebration wasn’t celebrating being a part of Canada, rather it was a way to annoy the Americans.

150 year later, there is a lot to see in Barkeville; In addition to the ‘regular’ gold rush era buildings…

The town still has the Chinatown section,

… and even some wildlife.

150 years after it started, Barkerville still celebrates Canada Day. To celebrate the anniversary, I’ll be posting other photos, and some more history of the town, throughout the week,. I’ll hopefully  be including some Canada Day 2018 ones.

The above photos were taken with dual Samsung ES25 cameras.